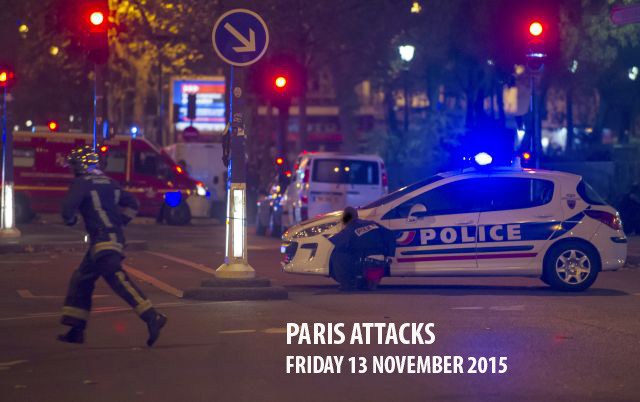 A police officer takes cover behind a car while a rescue worker runs outside the Bataclan theater in Paris, France, Wednesday, Nov. 13, 2015. Several dozen people were killed in a series of unprecedented attacks around Paris on Friday, French President Francois Hollande said, announcing that he was closing the country's borders and declaring a state of emergency. (AP Photo/Kamil Zihnioglu)

Three years ago, there were terrorist attacks in Paris, at the Bataclan. Many people died. Let’s remember…

BACK TO SCHOOL TALKING SELFIES